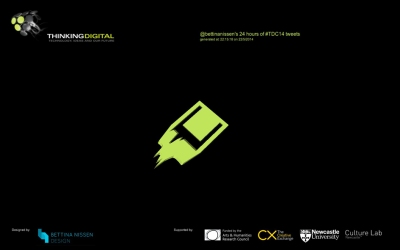 Thinking Digital is an annual conference focusing on future digital technologies and how they may shape our lives. Attendees at this conference form a small but involved community which every year engages with one another and the organisers in a personal and public way. In particular, discussions and conversations are broadcast via Twitter through an often trending hashtag #tdc14. After investigating twitter data from the previous year’s conference, we developed a shape generating system to explore how online social interactions could be translated into physical forms to engage attendees in offline conversations. Our digital design system allowed attendees to graph the amount of overall conference tweets alongside their individual tweets over a 24h period into wearable ‘clip’ forms that could be worn or used in multiple ways.

The majority of the attendees was very excited about the possibility to make their tweets into a physical artefact and after initially crashing the system (and my computer) with the sheer amount of tweets coming in, we printed and digitally generated a fair share of attendee’s tweet translations. Some attendees stayed and watched their shape being printed with excitement having not seen a 3D printer in action before. Others were satisfied to return later to collect their shape. However, all participants were enthusiastic to receive their unique shape, leading to conversations throughout the conference. Attendees shared pictures online, compared twitter behavior with one another and discussed the meaning and stories the data artefacts might tell. 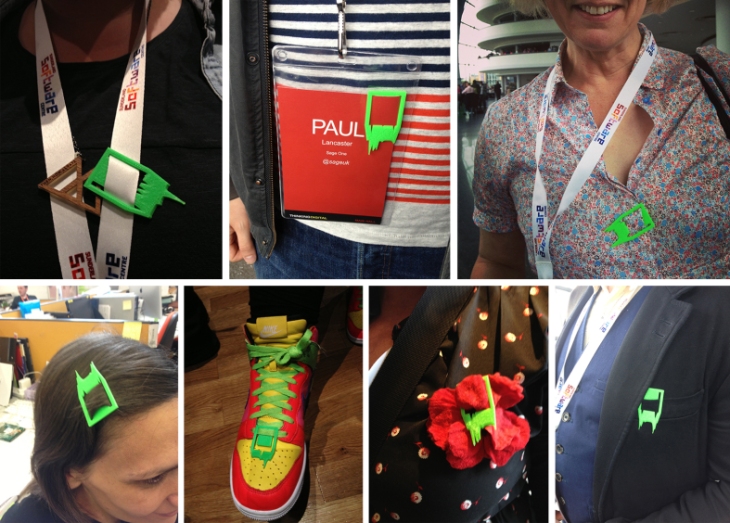 Some of the images of the shapes and attendee’s responses to their tweet translation were collected on Twitter as #makemytweets.